We are so grateful to you for raising awareness to help end FGM, ‘honour’ based abuse and negative body image. You share our messages regularly, without hesitation, and we thank you for your passion and drive!

We want to show our gratitude by recognising you as a Social Justice Influencer!

Here are the wonderful people who have shared their online influence to support Oxford Against Cutting’s mission: 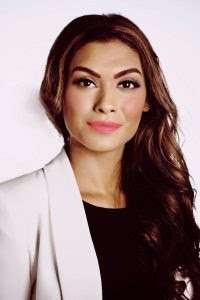 Our very own Ambassador, Rubie Marie, is a survivor of forced marriage and ‘honour’-based abuse (HBA). At the age of 15, Rubie was taken out of school, kept a prisoner and forced to marry and fall pregnant soon after. She endured family disownment and lived a life of poverty as a young single parent.

As well as becoming a leading activist against HBA, Rubie’s journey has taken her down the route of modelling and pageantry and she became Ms Galaxy UK National 2016, Ms Galaxy 2016/2017 International and Ms Earth UK National 2017/2018. In 2018 she achieved Ms Earth Wind first runner up and in February 2020 placed third runner up in Ms Great Britain.

Rubie is dedicated to motivating and empowering women and she has a strong passion for hope and healing. Read Rubie’s full biography here. 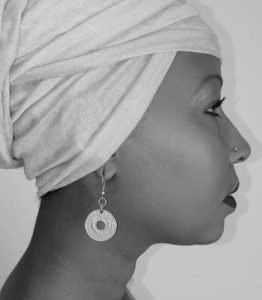 Hoda is a nurse and a survivor of FGM. She is a high profile anti-FGM campaigner, as well as a Community Outreach Project Manager for Safeguarding for Perivale Primary School. Hoda’s experience has propelled her to campaign to protect girls and comfort victims. You can see Hoda in conversation with our facilitator, Monica, here. 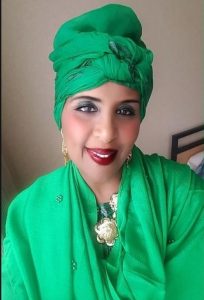 Hibo is a survivor of FGM. She moved to the UK, from Somalia, and learnt that FGM was not ‘normal’ in the West. She embarked on a journey to understand FGM and its roots. Today, Hibo is a high profile anti-FGM campaigner and a global policy influencer and helps to prevent young girls avoid being taken abroad to be cut. You can see her interview with Monica here. 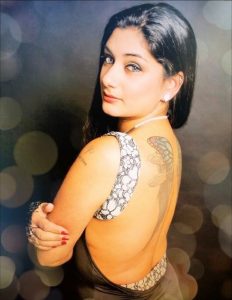 Sunny Angel is a Speaker, Campaigner, Author and Survivor of forced marriage. Her name has been changed by deed poll so she can share her story whilst safeguarding others. Ever since she was diagnosed with Atrial Septal Defect (hole in the heart), her mission has been to tell her story to help inspire others to heal and to support survivors of abuse.

Sunny shares some of her ordeal in these words:

“I was sexually abused as a child. At 17, I had a stalker who groomed me by threatening to hurt my family. He raped and tortured me in a locked house for 6 months. Following my escape, my parents allowed me back only to get rid of me through a forced marriage. I wasn’t ready for marriage and I left to go to a homeless shelter where I overdosed in attempted suicide. I woke up in the hospital feeling that death had rejected me too. My parents then coerced and forced my marriage to a man with disabilities”.

Sunny has co-authored a book “Wings”, based on her true story. She has given many speeches for professional groups and charities, including judges and the Major Crime Unit. She is a Finalist for the Heroine of the Year Award (Domestic Violence) 2017, Nominated for Author of the Year WLA 2017, Finalist for the British Indian Awards 2018 (Arts & Cultural Awareness), Winner for the Beautiful Survivors World of Honors – Ladies of All Nations International 2018, Winner of the She Inspires Award 2018 and True Honour Award 2019. 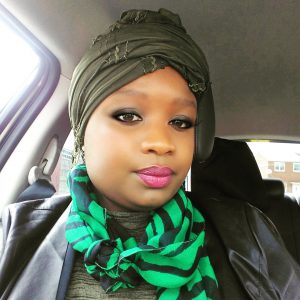 Babs is a community nurse based in Oxford and a survivor of FGM. She is originally from the Gambia in West Africa and her passion is to use her experience of FGM to fight against harmful and traditional practices. She has worked with professionals and communities to raise awareness and encourage them to use shared knowledge and understanding to help end the practice. She is also a Survivor Ambassador for Savera UK. 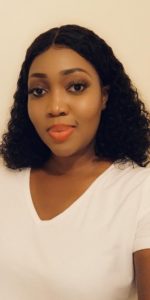 Fatou is a passionate and dedicated gender activist who is known for her work in BAMER communities to end FGM, domestic violence and other harmful practices. She has worked extensively with vulnerable BAMER women including refugees, asylum seekers and migrants during her previous role at Oxfordshire Domestic Abuse Services as Domestic Abuse Outreach Officer and now at Refugee Resource as Women’s Service Coordinator. As a survivor of FGM herself, Fatou adds a powerful and authentic voice to the struggle to end FGM and other GBV issues.

Before coming to the UK in 2006, Fatou was involved with women’s issues, working as a columnist at a local newspaper in the Gambia, addressing women’s rights and equality. She has an NVQ3 in Pharmacy Technician and holds a first-class degree in International Relations and Business Management. She is Secretary-General of Care for Women and Girls charity in Birmingham. Fatou previously worked as Community Outreach Director for OAC. 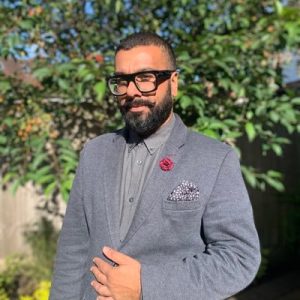 He completed his PhD thesis in 2018 on ‘Honour-Based Violence in Ethnic Communities in England and Wales’, which focused on the views and experiences of female survivors and key agents on intervention and provided recommendations to improve support for BME women.

Maz is author of numerous academic articles including: ‘‘Abused by the Patriarchy’ – Male Victims, Masculinity, ‘Honor’-Based Abuse and Forced Marriages’ [2021] Journal of Interpersonal Violence; ‘’The Mosques Are the Biggest Problem We’ve Got Right Now’ – Key Agent and Survivor Accounts of Engaging Mosques with Domestic and Honor-Based Violence in the United Kingdom’ [2017] Journal of Interpersonal Violence; ‘Key Agent and Survivor Recommendations for Intervention in Honor-Based Violence in the UK’’ [2017] International Journal of Comparative and Applied Criminal Justice; and ‘Not Domestic Violence or Cultural Tradition: Is Honour-Based Violence Distinct from Domestic Violence?’ [2017] Journal of Social Welfare and Family Law. 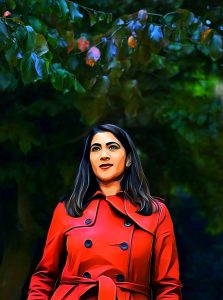 Seetal Savla (@SavlaFaire) and her husband have been trying to conceive for five years after a diminished ovarian reserve diagnosis. Having experienced a devastating miscarriage and four unsuccessful IVF cycles, she got pregnant on their first donor egg IVF cycle, but sadly suffered a traumatic missed miscarriage at 9 weeks. The couple are currently taking a break from IVF.

Since Mother’s Day 2019, Seetal has been documenting her ongoing journey on her blog (www.savlafaire.com) and in the media to raise awareness of infertility, destigmatise the subject, particularly among South Asian communities, and support others in similar situations.

Seetal regularly supports our work on social media and attends our Web Cafes, in addition to helping create messaging for our True Izzat film on Conception. 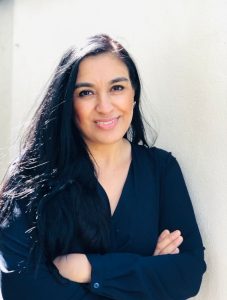 Nina survived an attempted “honour” killing and at the age of 6, her sister was trafficked at the hands of her father. She was homeless 6 years ago due to domestic violence but now she’s here!  She is an activist speaking out about “honour” killings and human trafficking and her goal is to help “victims” become “survivors” and to free them from fear.
Nina is a TEDx and public speaker on mental health, shame within her community, mindset challenges and unacceptable cultural behaviours. She is also a high performance strategist and mindset coach. Her clients include well-known MMA fighters, boxers and other elite athletes. She  is a keynote speaker on diversity and leadership for companies.

Geeta is a Lecturer in Education and joined Brunel University in 2006, entering Higher Education from a Deputy Headteacher position. She studied her Undergraduate degree, BA (QTS), at Brunel University when she was a mature student and mother of two young children. It led to an exciting teaching career across West London primary schools. She currently works in Initial Teacher Education (ITE) with a focus on the Primary PGCE and SCITT (School Centred Initial Teacher Training) programmes. She also supervises BA, Masters and Doctoral research students, and she is aligned to the ‘Interculturality for diversity and global learning’ research group.

She completed her PhD in 2015, titled: ‘A Black feminist exploration of the cultural experiences and identities of academically ‘successful’ British South-Asian girls’ (available to download via Brunel library). Her PhD is rooted in personal interests and experiences around cultural identity, Black Feminist Theory and a critically reflexive position as a narrative researcher and academic of colour. She is currently working on a new intergenerational research study for an upcoming book contract with Palgrave. Having stepped back from her full-time post as Senior Lecturer between 2018-2021, she became an Associate Lecturer in order to invest time in developing social enterprise, community-based projects which she’s passionate about. She currently works on a fractional contract three days a week, in order to continue community outreach projects, with a particular focus on inclusion in green spaces.

We are so grateful for Geeta’s support. She regularly supports our work on social media and has been a speaker at our Web Cafe on the topic of Intergenerational Trauma.

You can see more about her work with Brunel University here. 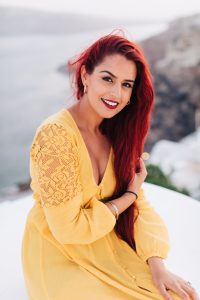 Jaspreet Kaur, also known by her online handle ‘Behind the Netra’ is an award-winning spoken word artist, history teacher and writer from London. She is passionate about gender issues, taboo subjects and encouraging positive social change in both the Asian community and wider society. Her work tackles issues related to gender discrimination, mental health stigma, the postcolonial immigrant experience, and more. Jaspreet is a regular on the BBC, Sunday Morning Live, Radio 4 and worked with the UN on the HeforShe campaign. She is currently a Research Fellow at Birkbeck University’s Centre for British Political Life. Brown Girl Like Me is her debut book, which tackles taboo issues such as mental health and menstruation. You can buy her book here.

We are privileged to work with Jaspreet who wrote the poem for our fundraising film, “Futures Full Of Love” which empowers and inspires action, working towards our goal of ending harmful practices against women and girls. 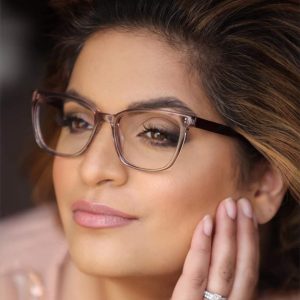 Sunita Thind is a writer, poet, singer, professional model and make up artist. She is a teacher and creative writing facilitator. As an ovarian cancer survivor, Sunita is currently writing her memoir with an Arts Council grant.
We are privileged to have Sunita attend our Web Cafes as a speaker, talking about sensitive subjects of conception and self harm. Her story has inspired many and we continue to work with Sunita to encourage more conversations to eradicate the stigma on these topics.
You can see her work on Instagram. 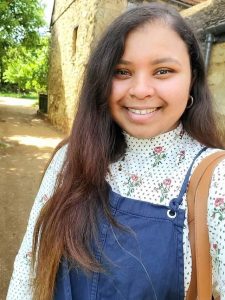 Saarrah is studying a DPhil in Law at the University of Oxford and is an activist engaging in conversations about intersectionality and body positivity.

She volunteers to help end harmful practices of FGM and organised a Colloquium funded by the Four College Equality, Diversity and Inclusion Fund (Christ Church, University of Oxford) on FGM for students at her university, with our Hauwa as one of the speakers.

Saarrah has also entered our art competition on ‘honour’-based abuse and is a regular supporter of our work through social media.

We are so grateful for Saarrah as she is a conversation starter, and plays an active role in raising awareness through social media. You can see more of her work here.