OAC is committed to working with young people and empowering them to raise awareness of harmful practices through creative arts projects and advocacy.

We are proud to have also supported young people to become OAC facilitators and trustees. See our meet the team page! 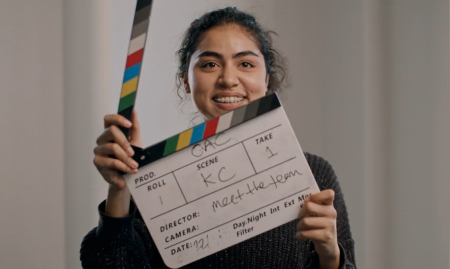 In summer 2019, girls in our Youth Wing released a song and music video to raise awareness of female genital mutilation (FGM), breast ironing and female body rights. The video, For Every Girl, was released at the beginning of the school summer holidays when girls from practicing communities are at highest risk of FGM.

The girls have now performed the song live twice, at Womanity, run by the Young Women’s Music Project and Integrate UK’s 2019 Youth conference.

‘All of us who helped make the film are hopeful that this film will help raise much needed awareness of FGM and other harmful practices, and how we can help to end them’ – Laura, Filmmaker

Our Youth Wing recently partnered with Oxfordshire arts charity, Cowley Road Works, to create a processional piece for Cowley Road Carnival in Oxford. The project was funded by the Oxford University Physics Department who were keen to explore whether artistic projects helped young people to learn.

The theme of the carnival was Space! And so our team created a ‘galactic mother of the universe’! The structure is a space-like pregnant lady representing femininity and natural diversity in the female body.

Our Youth Wing were fortunate enough to work with artist Emma, a professional costume designer who makes processional pieces for carnivals, political demonstrations and events all around the world. Emma helped the team create an incredible processional piece and our mother universe towered proudly above the crowds at the carnival! 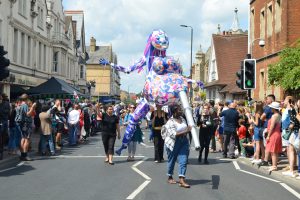 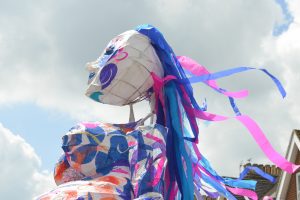 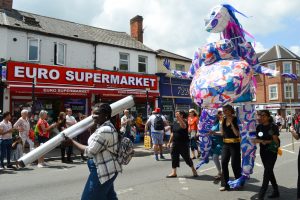 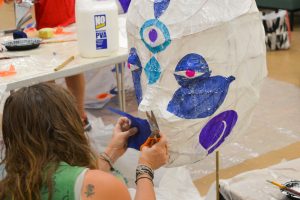 Thank you to Aliya, Natalie, Keisy, Eszter and Hannah from the Youth Wing and Morgan for your time!

Young people at Oxford secondary schools are joining the drive to end FGM in a generation.

Read more about the work of young anti-FGM champions who have joined Oxford Against Cutting projects and created their own anti-FGM initiatives.

Young champions speak up against FGM (film from the app, Let’s talk FGM)