The project was designed to give students a “product” they can use to talk about FGM with peers so they become anti-FGM champions in their schools.

The workshops were led by a human rights activist and a professional actor. Students learned about issues around FGM, awareness-raising/campaign work and participated in a play reading. They also met a survivor of FGM who talked about the difficulties in “speaking up” and then created some improvisation work based on her story and artwork as visual stimuli.

A year 11 student joined other young people and the Oxford Against Cutting team to attend the Integrate Bristol conference where they learned about the work of young anti-FGM champions in Bristol. 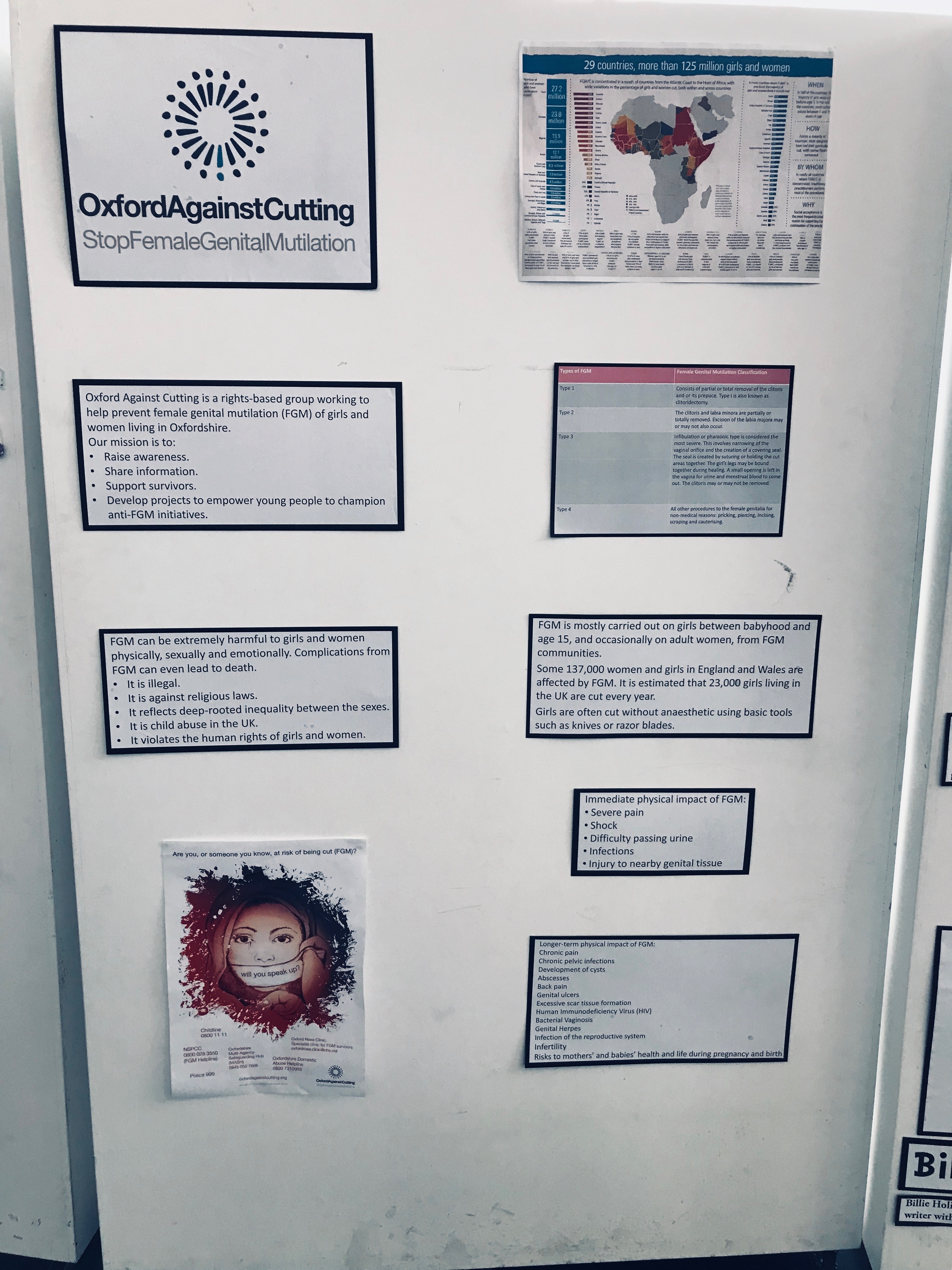 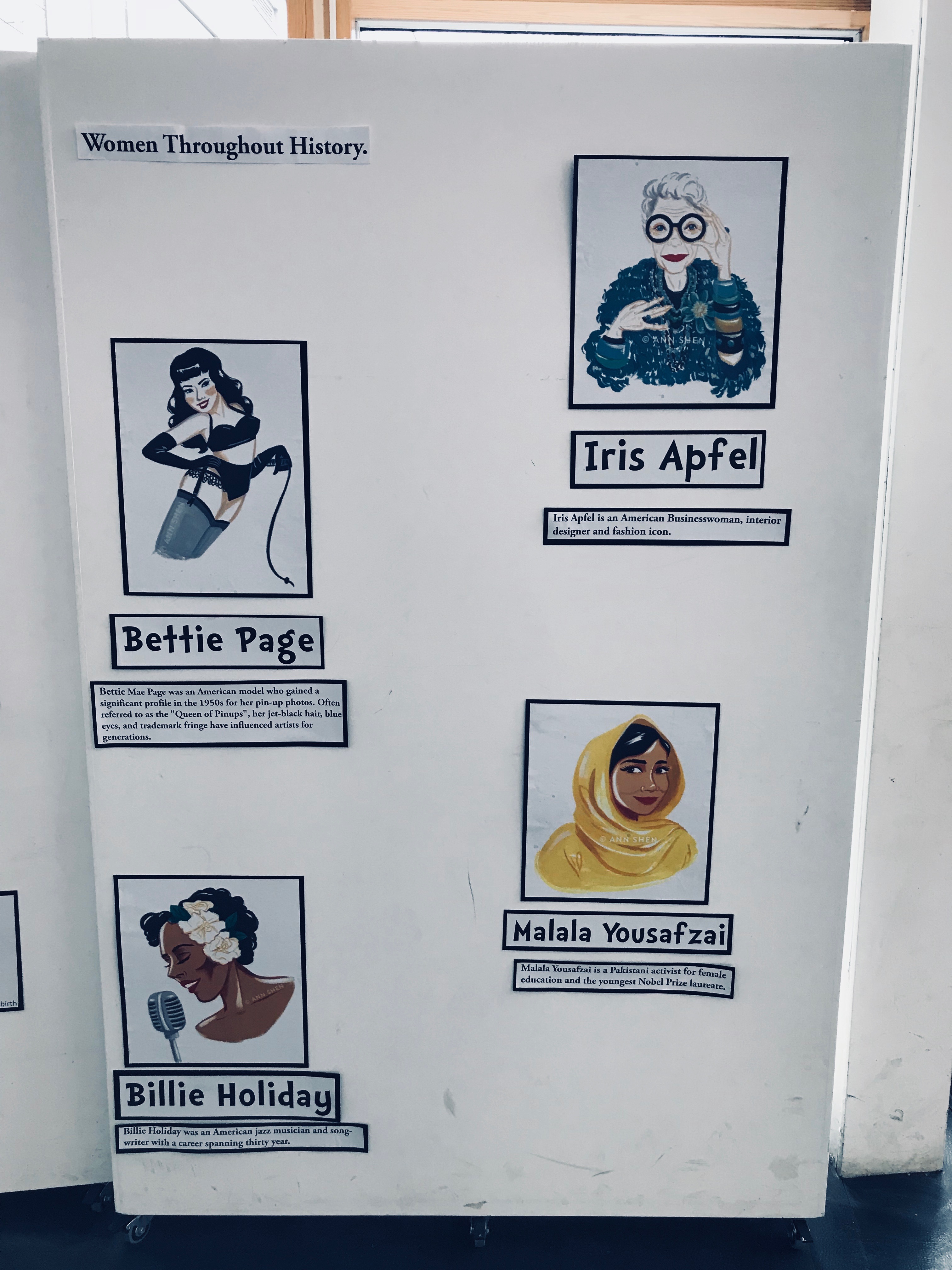 Young champions in the sixth form, Daisha and Tallulah, created a display board at their school to mark International Women’s Day on 8 March 2018. The board includes sections on female genital mutilation, women throughout history and periods.